October 22, 2016
There has been a lot more thought now on why our universe is nothing more than a sophisticated video game.

I have often thought about it as such, and I have likened light to be the medium of energy and information transfer in our Universe. I would think gravity and forces were caused by light information travelling to particles, causing them to move accordingly.


Now, according to me, it is hard to go back in time and jump into the future, expecting the Universe to compute all of these events quickly enough. Why, you may ask? Because it indeed takes a long time to compute your own life, one dependency at a time and one living entity at a time. Otherwise, Life would only be throwing coarsely accurate but completely random events at us than the true, perfectly accurate simulated future. 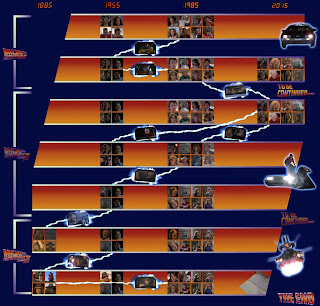 Now, time is pretty relative to who computes it. There are some frames in life, where when nobody's observing anything, the Universe could go on a rampage and advance our timelines rapidly. On the other hand, when there is a lot of observation going on, it forces our Universe to compute each frame painfully, more accurately, and would take a really very long time. This is often true when you increase your level of detail, such as through a telescope or a microscope - when you see things that you normally wouldn't. This is also true when you begin taking measurements from Twitter, Google, Newspapers, People or whatever feeds your gossip fancy.

Now take a mass/gravity calculation of a complex system, such as on our earth, for instance. To compute the destruction of a large building, The universe may very well take a very long time, but for you, it happens instantly. It may not be hard unless nobody observes it, or tries to deconstruct the destroyed footage. That, is the Universe for you.

Now a lot of people having been talking about trying to escape this Matrix - but unfortunately, you can not escape from it, you can merely stall it. If you run a Quantum Computer, you may very well be taking this Universe out to compute 2^2000 possibilities in every second. 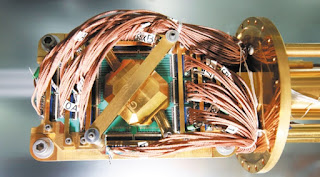 And if the Universe doesn't care about taking the time to do this, it may give you unpredictable answers, or change the course of history by trying not to compute everything else it does, seriously enough. Or altering the reality to match its answers, all of which are very possible, given that we are in a simulation. In fact, we may very well be the cause of our simulation going wrong.

The slowest part of any game engine would usually be the Physics. Because it has to compute velocities first and then positions next, for a variety of objects. Also, fast moving or large objects are often problem children for our Universe, because the simulation timestep has to be be chosen wisely to avoid glitches, intersections and the like. Also, since there has to be coherence across all the chosen objects when it comes to observability of each other, there must be a co-ordination for all of them. Which means all parallel computations are eventually going to be run serially, at the end of the day. Which makes the Universe a god of simulation in time.

My typical day begins at 10 AM. I wake up, and mom makes the bestestestest filter coffee! Then bath, then eat (mmm.. BURP!). Then TV+siesta! Then go out. Then come back, eat dinner (uff.. mommah, i'm becomin' a baloon!) TV+Sleep. What a busy schedule!

When it comes to food, I never complain at home. My mom's been an ACE COOK, and have never stopped relishing her food. I am eternally thankful to the almighty for the same.

Mention TV and think CAS. CAS is the root of all evil. FTA channels are ohhkayy, but I'm missing out on all those nice movies and soaps thanks to CAS. Have started tuning to VH1... It's cool, plays some wonderful music. and no CRAP! So, there was this show called The Fabulous Life of the Hilton Sisters .. I was all like: "Wow! These two are this spoilt that they decided to make a whole series out of it!" but then, some time later, after watchin J-Lo's fabulous life, I decided that the Hilton sisters wer…
5 comments
Read more

This Saturday, myself and Sandeep went to Adlabs IMAX, the only IMAX Dome theater in India. There are only three IMAX theatres in India, the other two being in Hyderabad and Ahmedabad respectively (both are flat IMAX 3D theatres). There, in the gaming arcade, we zipped on a nice bouncy ride in Thrillarium, in a short film called "Mazy Mine". Then we got to play a real game of Pong, and we tied at 6 each. Then after a quick bite, we went to see Robots.


First, we were overwhelmed by the IMAX (Think big) experience. IMAX supposedly features a projection system that's very powerful that it can use the moon as a screen, and a sound system that delivers a whopping 12KW of power output; Cool! We were greated by an intro IMAX movie of A. R. Rahman'sMaa, Tujhe Salaam ... it filled us with an immense sense of national pride to see our tricolor on the magnificent dome screen.